Working With an Old Wood Camera

Working With an Old Wood Camera

I have been fascinated by this wonderful apparatus since the first time I saw these street photographers on my first visit to India, back in 1996. Little did I know that fifteen years later I would actually be taking a personal project using such a camera.

I had bought my camera a few years ago from a photographer who used it in Delhi until he realized that ‘Video killed the radio star‘, as the old song goes. Here it was the age of digital photography that killed his business. He started using a simple digital camera but business was never the same anymore. The camera I bought from him has been in use since 1949 and was in pretty good shape when I got it, but naturally needed some minor repairs. The lens is very old and ‘soft’, with dust that has not been cleaned for ages. The first stage in my work was to run a few tests with it and make sure I can really use it to produce images. (if you want to know more about how the camera works please read the first post from April 2009). 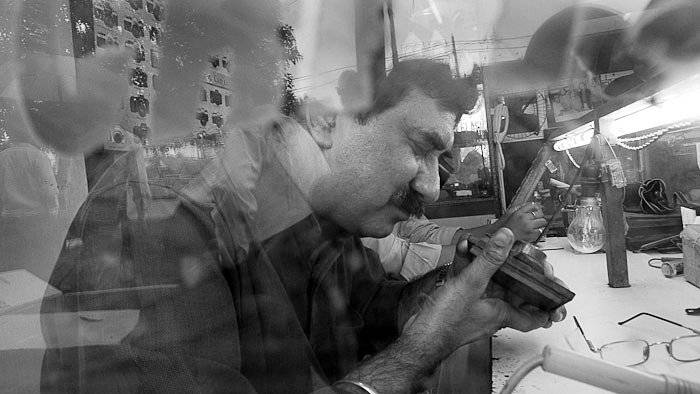 When I decided that I wanted to start working with the camera again, I made a trip to old Delhi and had the lens cleaned as much as possible.

Using the camera is not an impossible task but I decided that it would be in the better interest of my project if I recruited a photographer who used such a camera for years to assist me in my project. Bharat Bhushan Mahajan, probably the last photographer in Delhi who still keeps such a camera, had agreed to come on board and we had our first day of shooting last week on my roof in New Delhi. His son had accompanied me to Old Delhi to buy the chemicals for the developer and to find someone to clean the old lens. 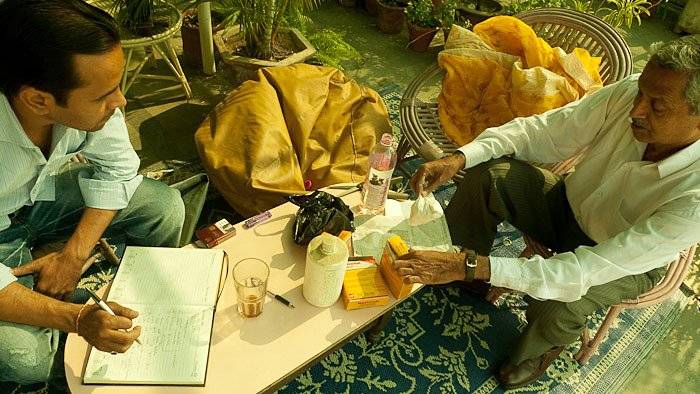 My assistant, Atul, records the exact mixture of chemicals that Bharat Bhushan Mahajan uses to prepare the developer. We bought the chemicals in Old Delhi the day we went to clean the lens. Rs 85 ($1.8) for everything. 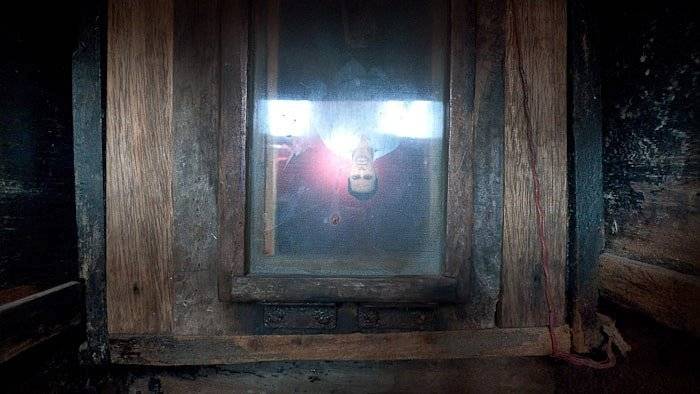 A view into the camera itself. Atul seen from inside the camera as he poses for the test shot

Bharat Bhushan Mahajan and Sephi Bergerson examine the first results. Mahajan actually prefers digital cameras. “Less work, more money” he says. He does not have to make chemicals every day, or get his hands dirty anymore. it is the new age of ‘Fata fat’ (quick) photography. 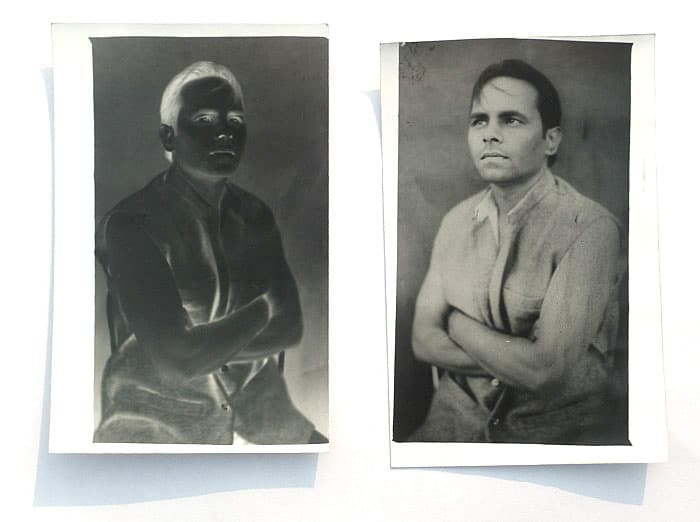 The paper negative and the positive

The idea of the project is to use this camera to document the generation of young Indians who visually represent the change that Delhi is going through in the last few years. It would be a requiem to this camera and this photographic technique through the documentation of the people who live in Delhi at the time when it is quickly fading out of sight. 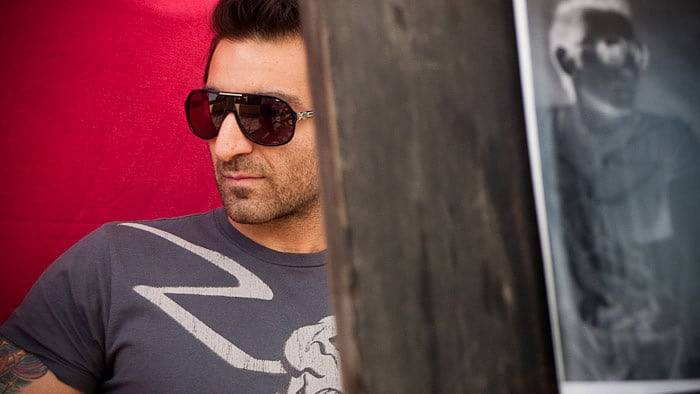 I.D Singh (31), DJ and event promoter, in front of the camera 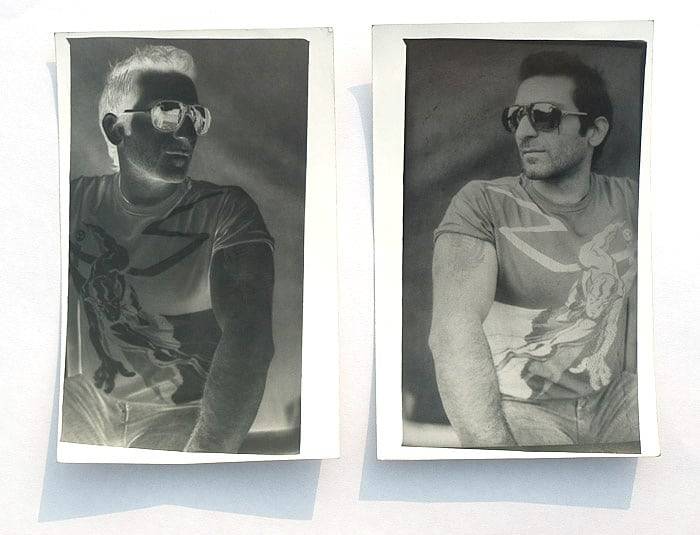 The result, paper negative and positive.

I have made a list of people that I am going to photograph but this list is still open. If you have an idea of someone that can fit the project please feel free to write and suggest.