This is an attempt at a serious answer to some comments that were posted on my facebook page where I was promoting a documentary photography workshop in Dharavi slum. Some people felt that the fact that I am going to run a photography workshop in Dharavi is nothing less than exploiting the poor, using their situation, living environments and personal spaces for my own promotion and benefit.

Readers are quick to react when they feel a photographer has crossed the line and intruded into a subject’s personal life. This is especially visible when victims of violence and their families are suddenly thrust into the harsh light of public scrutiny, their private life suddenly the subject of front-page pictures and articles.

The fact is that documentary photography is one of the simplest and most powerful tools available to tell a story. It is often more effective than any surveys, campaign or debate to send a message and to raise awareness. Complex problems undermining human rights violations, torture, and others crimes often go unnoticed by mainstream media and are therefor unknown to the rest of the world. Photography is a very straightforward and effective way to reveal such issues and bring them to the front line of public awareness. 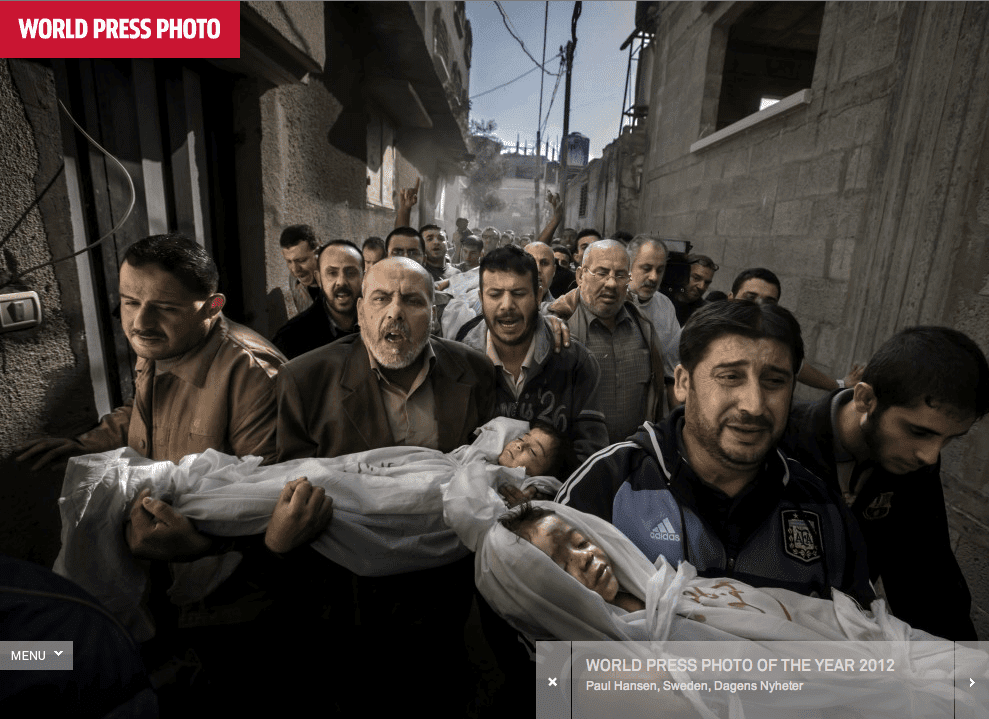 Take for example this year’s recent winner of the World Press Photo picture of the year? Is Paul Hansen’s photograph a simple case of voyeurism or does it serve a higher purpose bearing witness, as war photographer James Nachtwey once said, to the suffering around us? Is this an example of how an ‘insensitive’ photographer exploited the misery of a tragedy to promote himself or does it represent the interest of the people whose agony he had captured?

One of the most memorable images of all time was Dorothea Lange’s picture “The Migrant Mother”. It is a sad, roadside close-up of a destitute mother with a faraway look and her shy children. Unfortunately, the mother in the portrait, Florence Thompson, complained that Lange received fame for the picture while she lived in relative poverty. Nevertheless, when Mrs. Thompson suffered a stroke and her family could not pay her medical expenses, people around the country donated over $15,000. Many wrote that they were touched by Lange’s photograph (see Los Angeles Times, November 18, 1978, p. I and “Symbol of depression,” 1983). 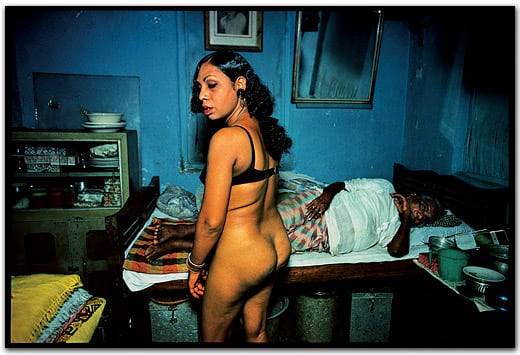 Mary Ellen Mark’s extraordinary portrait of Falkland Road was first published in 1981, following years of interactions and relationship building trust with the prostitutes of Bombay’s infamous red light district. These eventually led to 65 photographs made over six weeks that show the daily life lived by the women (and men) of the street. Mark’s images are beautiful, electric, shocking, and remarkable for their emotional power and for the visceral brilliance of their color. Together with Mark’s captions and introductory text,Falkland Road is an astonishing insight into a raw and frightening world, made accessible by the completeness of the photographer’s involvement, by her humanity, and by the way she captures the variety of individual life and the color, passion, and tenderness that still abide there.

On the flaps of the dust jacket to Falkland Road there is an outline of the many awards and honors Mary Ellen Mark has received during her distinguished career, including five honorary doctorates.Does the fact that the prints are now selling for approximately $3,000 mean that the photographer, one of the most respected documentary photographers in the world, is an exploiter?

Another famous photographer who gained a reputation for exploiting her subjects was Diane Arbus. The writer Eudora Welty had described Arbus’s work as “totally violates human privacy, and by intention”. Arbus like photographing the blind “because they can’t fake their expressions. They don’t know what their expressions are, so there is no mask”. Her late pictures of inmates in various mental homes represent an extreme exploitation of this idea, almost to the point of mental sightlessness. These people have no idea of who they are or how they are perceived and are powerless to control the way they are regarded.

Each one of us has his way of approaching our subjects. Arbus herself said she had a way of being able to ‘figure myself into any situation’. Awkwardness was her starting point. In this way her approach to photography was similar to Joan Didion’s to journalism. ‘My only advantage as a reporter’, Didion explained, ‘is that I am so physically small, so temperamentally unobtrusive, and so neurotically inarticulate that people tend to forget that my presence runs counter to their best interest. And it always does’. (from the book The Ongoing Moment by Geoff Dyer)

The Where and When of Picture Taking

Because many readers react strongly to pictures that seem to violate the privacy of others, it is important to be clear on the legal and ethical issues surrounding the right to privacy. More than the law, it is important that we as documentary photographers value people, their inherent beauty and dignity.

P.S And as a final note, and shameless promotion; The documentary photography workshop in Dharavi will address all the above and more in an open and collaborative manner. I am always open to suggestions and criticism as long as it is polite and in the sprit of sharing and learning.