10 photographers who have influenced me over the years

10 photographers who have influenced me over the years

Who are the most influential photographers of our time, and what makes a photographer influential? The other day someone asked photographers on Twitter to name 1 or 2 top of the classic photographers that they think one must get to know. My immediate reply was to ask why only 1 or 2, and then I thought that after more than twenty years as a professional photographer, I should actually make a small list of my own.

Interestingly, PDN had recently published their own list of twenty most influential photographers and have obviously listed many of the photographer that have been my influence, and would most probably made it to my list.  Helmut Newton, especially his book Polaroids, and his clear vision of how he directs models. Marry Ellen Mark and her project Falkland Road: Prostitutes of Bombay,  Nan Goldin who pissed me off when I first saw her book, but then I saw her exhibition in Prague and understood her simplicity and greatness, and of course all the rest of them. Albert Watson who’s book I actually shop-lifted one day (a long long time ago) as I had no money to buy it but could absolutely not bring myself to leave the store without it. Wow, there is something fantastic to say about every single one of them, but as I said, I do not want to repeat the same list.

I have decided to make a list of photographers who are not on the PDN list. A list of photographers who have made an unforgettable impression, and have made a mark on who I am today as a photographer. Some are really famous, and some who are maybe less famous, but were there at major turning points of my career. This list is far from finished and there are many others I would have loved to mention if I had more space, and if I thought you would want to read… So here it is, and not by order of importance 🙂

1. Ansel Adams – Who doesn’t know Ansel Adams!? why would I mention him, right? Adams was my first idol as a young photographer, and made me drive all the way down to White Sands national park in New Mexico looking for what he saw. He is important on this list because from him I learned not only the zone system, but also not to do the same thing all my life. He was the greatest master of black & white photography but did the same thing all his life. With all my respect to his work, I knew that I would not go the same way. 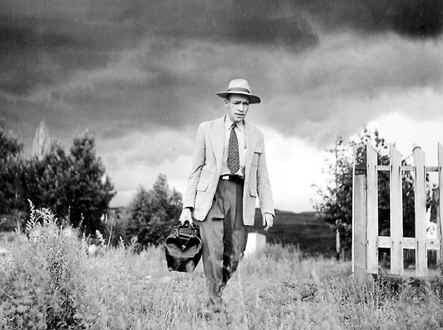 2. W. Eugene Smith the grand master of photojournalism who was the hero of my first B&W teacher in photography school, Glen Richmond. His refusal to compromise professional standards and his amazing feature stories, the most memorable of all to me, maybe not his most famous, is the one about the Country Doctor from 1948. This was in my mind when I was working on the Polio initiative in India. 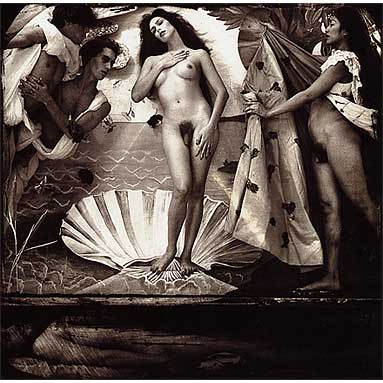 3. Joel Peter Witkin Finding beauty within the grotesque, Witkin pursues this complex issue through people most often cast aside by society — human spectacles including hermaphrodites, dwarfs, amputees, androgynes, carcases, people with odd physical capabilities, fetishists and “any living myth … anyone bearing the wounds of Christ.” His fascination with other people’s physicality has inspired works that confront our sense of normalcy and decency. His constant reference to paintings from art history, including the works of Picasso, Balthus, Goya, Velásquez and Miro, have always intrigued me and set me on a quest into art history books. Witkin seeks out his collaborators visiting medicals schools, morgues and insane asylums around the world. The resulting photographs are haunting and beautiful, grotesque yet bold in their defiance – a hideous beauty that is as compelling as it is taboo. 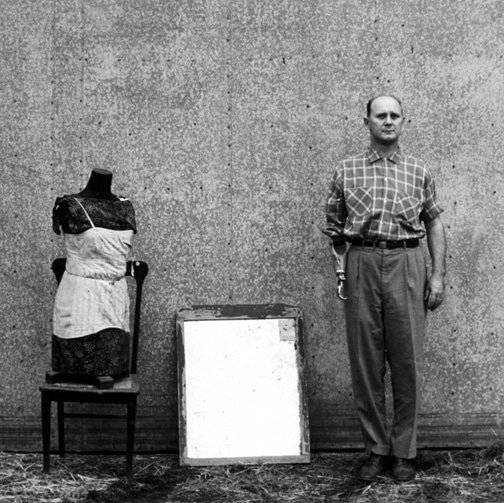 4. Ralph Eugene Meatyard Regarded by his peers as among the most original and disturbing imagery ever created with a camera, Meatyard’s images had nothing to do with the street photography of the east coast or the romantic view camera realism of the west coast. His best known images were populated with dolls and masks, with family, friends and neighbors pictured in abandoned buildings or in ordinary suburban backyards. Meatyard’s work challenged most of the cultural and aesthetic conventions of his time and did not fit in with the dominant notions of the kind of art photography could and should be. While others roamed the streets searching for America and truth, Meatyard haunted the world of inner experience, continually posing unsettling questions about our emotional realities through his pictures. After his early death at the age of 47, It was left to friends and colleagues to complete an Aperture monograph on Meatyard and carry through with the publication of The Family Album of Lucybelle Crater (1974) which he had laid out and sequenced before his death. He was from Normal, Illinois. 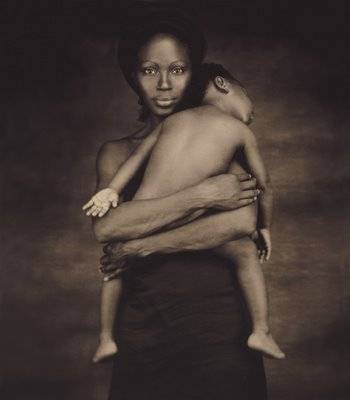 5. Joyce Tenneson is an American photographer known for her distinctive style of photography, which often involved nude or semi-nude women. Tenneson shoots primarily with the Polaroid 20×24 camera. She has had her work displayed in over 100 exhibitions around the world. Her way of working with Polaroid, the amazing use of light, and the angel-like portraits, have all set me on an experimental journey that lasted throughout my years as a commercial photographer. Even today I sometimes find myself building my frames with her images in mind. 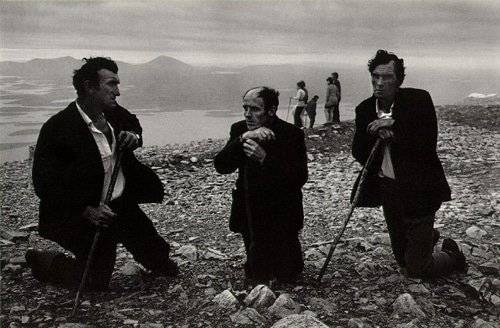 6. Josef Koudelka Throughout his career, Koudelka has been praised for his ability to capture the presence of the human spirit amidst dark landscapes. Desolation, waste, departure, despair and alienation are common themes in his work. His characters sometimes seem to come out of fairytales. Still, some see hope within his work — the endurance of human endeavor, in spite of its fragility. Koudelka’s sense of balanced composition and his way of dividing his frame has always been a subject of fascination for me. 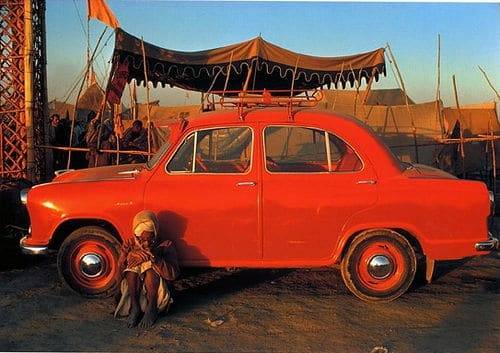 7. Raghubir Singh is considered a pioneer of color photography. In the 1970s he was one of the first photographers to reinvent the use of color at a time when color photography was still widely disconsidered. His photographs, acclaimed for their organization of space, reflect the multiple aspects of contemporary India. Raghubir Singh was the first Indian photographer I ever heard of, when I was still living in Tel Aviv. I had bought his book River of Colors online, and still to this day I keep trying to see images through his eyes. He had showed me how to work in the chaos of India and still make sense and put it in order. 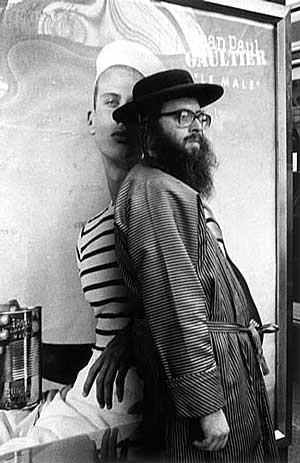 8. Alex Levak is a one-of-a-kind street photographer of the old school. Awarded the ‘Israel Lifetime Achievement Award’, (Pras Israel) in 2005, he is maybe the photographer who best captures the irony of the Israeli life. Committed and disciplined and with a sharp eye, his work belongs to the ‘decisive moment’ genre. I met Alex as a student of photography when he came for our school’s documentary series critics. Not everyone liked my work that day, but Alex said that it was “good photojournalism” and ‘saved’ me. I never forgot that, and probably never will. I met him a couple of times after that day, a simple, down-to-earth man who simply “works in photography” as he says. He gets up in the morning and has work to do. A wonderful man. 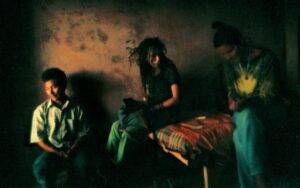 9. Amir Weinberg I met Amir Weinberg when I was still a commercial photographer in Tel Aviv and admired his freedom and his ability to travel and shoot the subjects that he likes. My decision to give up the commercial studio and come to India in pursue of my dream has so much to do with him. He is also the one who gave me the courage to print my work in large size. The first big size print I made after seeing his work is still hanging in my living room. Born in Israel. Studied at  ICP (International Center of Photography) in New- York. Weiberg was a Press photographer for Time Magazine, Yediot Achronot, Stern Reuters Agency, AFP and Sygma. With inconceivable obsess, Amir Weinberg creates a photographic frame that provides the viewer with a new concept of the visible and invisible in nature. The concept of light and space created by Weinberg offers the viewer a brand new world, sometimes hallucinated and sometimes accurate. 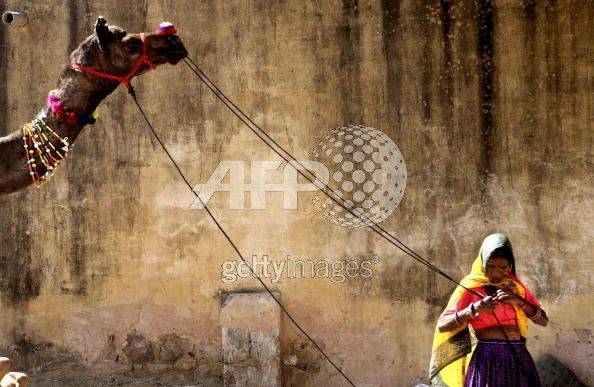 10. Philippe Lopez A long time staff photographer and photo editor for AFP, Philippe is now chief photographer in Shanghai. We met in Delhi when I first arrived in India and had really no idea about photojournalism and working in the field. Philippe’s experience and dedication to his work, as well as his amazing ability to deliver great ‘sellable’ images out of every situation, had given me a very strong base for my comfort and ease of work today. From him I learned not to neglect myself in the name of getting a good image. Have a proper lunch, and only then go to work.

I have only mentioned ten people but cannot close this post without at least mentioning Gary Winogrand, Jacques-Henri Lartigue, and of course, James Nachtway and Sebastiao Salgado whom I recently had the pleasure of meeting in person here in New Delhi. I am forever grateful.

P.S Oh my God! I’ve been so serious 🙂 how could I forget David LaChapelle and Pierre et Gilles?! they deserve a whole new post just for them! 🙂 who is on your list? 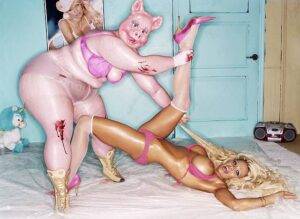 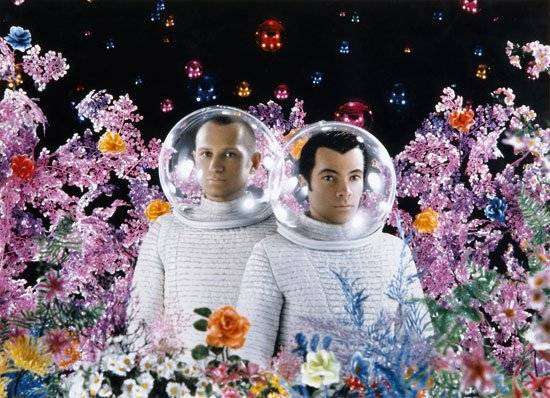