India is one of the largest and most populated countries in the world, with over one billion inhabitants. Of this number, it’s estimated that around 2.3 million people are currently living with HIV. Never the less, in India, as elsewhere, AIDS is often seen as “someone else’s problem” – as something that affects people living on the margins of society, whose lifestyles are considered immoral. Even as it moves into the general population, this epidemic is still misunderstood among the Indian public. People living with HIV have faced violent attacks, been rejected by families, spouses and communities, been refused medical treatment, and even, in some reported cases, denied the last rites before they die. In a country where poverty, illiteracy and poor health are rife, the spread of the virus presents a daunting challenge.

UNDP works with the National AIDS Control Organisation (NACO) to respond to HIV and AIDS in India and reduce its impact by supporting the national efforts and offering knowledge, resources and technical expertise to effectively implement the National AIDS Control Program.
Almost 15.6 million people across India were provided with information, training and services to improve their capacities to deal with HIV. People living with the virus as well as trafficking survivors receive livelihood training to expand their employment opportunities and skills.
On an assignment for UNDP in Orissa I visited a clinic in a town about twenty kilometers from Bhubaneshwar and met some of the people who need to live with this reality on a daily basis.

Usharani Behera (30) and her daughter Rani (3) at the community care center at Cuttack, about 20km from Bhubaneshwar, Orissa. They were tested HIV+ in 2007 once her husband was seriously ill. ©  Sephi Bergerson / UNDP India 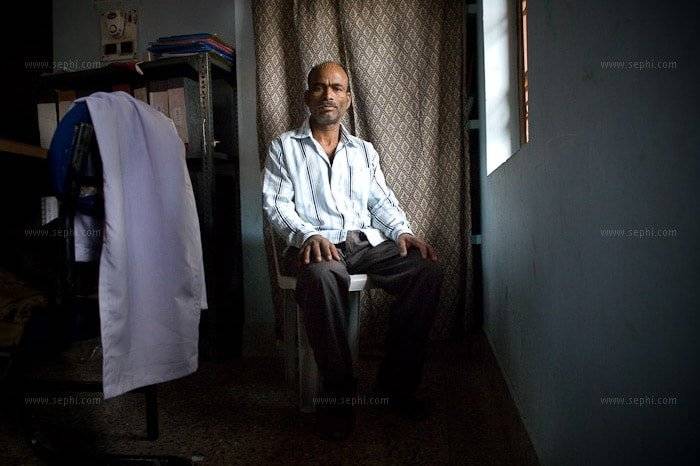 Bipin Das (42) is an HIV+ truck driver. He now receives the HIV pension thanks to the advocacy of UNDP as part of the HIV mainstreaming project, and uses the money to travel for his ARV treatment. ©  Sephi Bergerson / UNDP India 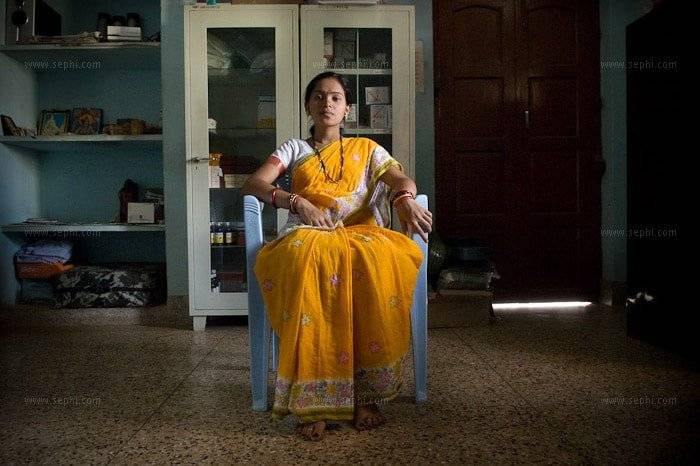 Mandakini Behera (22) at the HIV community center at Cuttack, Orissa. She has tested HIV+ in 2004 and now receives the HIV government pension. ©  Sephi Bergerson / UNDP India