This has been a very busy year for me in India and as the year comes to an end it is time to look back and see where it took me. This is also the very last time I am writing from New Delhi as a resident of this city. After nine years of living here we are relocating to Goa and leaving this Monday, December 27th. I will spend the new year in our new house in north Goa and will hopefully have an internet connection soon so that I could resume work.

To make this year a sweet one, my book Street Food of India seems to be doing very well worldwide. It made it to the list of The Year’s Best Cookbooks in The New York Times and received very good reviews.

“My favorite is “Street Food of India” by Sephi Bergerson, a photographer who lives in Delhi. In just 50 recipes and under 200 pages, Mr. Bergerson accomplishes the rare feat of capturing how people eat, not just what. He shows people eating, making and clamoring for the outdoor snacks that are nearly universal in India: cool lemonade spiked with cumin and salt, scalding hot sweet tea with ginger, potato cakes with vibrant herb chutneys.”
Julia Moskin, The New York Times 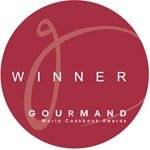 To top that, An exciting turn of events and an early Christmas present as I was recently notified that Street Food of India was selected as the UK winner in the Gourmand World Cookbook Awards “Best Cookbook Photography” category! This means it will continue on to compete against winning cookbooks from other countries for “Best in the World.” The results will be announced on March 3, 2011 in Paris. Of course I am hoping that I’ll be forced to fly to France to accept this award.

This year I have also finished shooting and editing two other books that are now lined up for publication.
‘Horn Please – Trucks and Trucking in India‘ was a sponsored project I did for a corporate client. It has already gone down to press but is delayed for reasons only books know. A book is always a long project in the making and will sometimes take longer that expected.

The Indian weddings book currently bearing a working title of ‘Traditional Weddings in Modern India’ is done and I will be editing it in the next few months. It was very difficult to figure out how to edit a book about weddings without making it look like someone’s wedding album but I think I finally have a good idea of how it will look. I am very excited about this project that was initially planned for a year but has been in the making for three years already. This project had brought me into the world of wedding photography which was a territory I never thought I would venture into. The journey to learn about various traditions of weddings in India brought young couples to request me to photograph their weddings in India and in the last couple of years I have been enjoying it tremendously.

I have also had a chance to work on a few corporate assignments in other parts of India and have traveled quite extensively. Magazine assignment were also more regular than in the last couple of years and it seems we are over the recession now. A wonderful trip to Spiti valley in the upper Himalaya following a great motorcycle tour had brought me closer to action and adventure photography and I hope to be doing more of that in the next year.

Moving to Goa will probably open new channels and bring new kind of assignments and I look forward to that. If nothing else, I am sure that my family will be happy to live close to the beach and I simply cannot wait for that.

Wishing all of you a Merry Christmas and a Happy New Year from India.