Not all Slumdogs are Millionaires!

Not all Slumdogs are Millionaires!

So Slumdog Millionaire had won the Oscar and suddenly everyone is looking at India and the story of Dharavi slum comes out to light. For this reason alone maybe it is a good thing that this movie won, but will it do anything to help the children still living there? Dharavi slum had never looked so romantic as in Danny Boyle’s movie but it is only a story and life is still the same in Dharavi.

Asia’s largest slum, Dharavi, lies on prime property right in the middle of India’s financial capital, Mumbai (Bombay). It is home to more than a million people. Many are second-generation residents, whose parents moved in years ago. A city within a city, it is one unending stretch of narrow dirty lanes, open sewers and cramped huts. In a city where house rents are among the highest in the world, Dharavi provides a cheap and affordable option to those who move to Mumbai to earn their living. As Dharavi is located between Mumbai’s two main suburban rail lines, most people find it convenient for work. Dharavi also has a large number of thriving small-scale industries that produce embroidered garments, export quality leather goods, pottery and plastic. Most of these products are made in tiny manufacturing units spread across the slum and are sold in domestic as well as international markets. The annual turnover of business here is estimated to be more than $650m (£350m) a year.
The state government has plans to redevelop Dharavi and transform it into a modern township, complete with proper housing and shopping complexes, hospitals and schools.

I have been to Dharavi in August 2007 and spent five days in it’s alleys, talking to people and taking pictures and it was one of the most intensive and emotional assignments I’ve had.

Please feel free to leave comments and if you like what you read, please subscribe to the articles via email alerts, or to the RSS feed. Now you can also follow me on Twitter 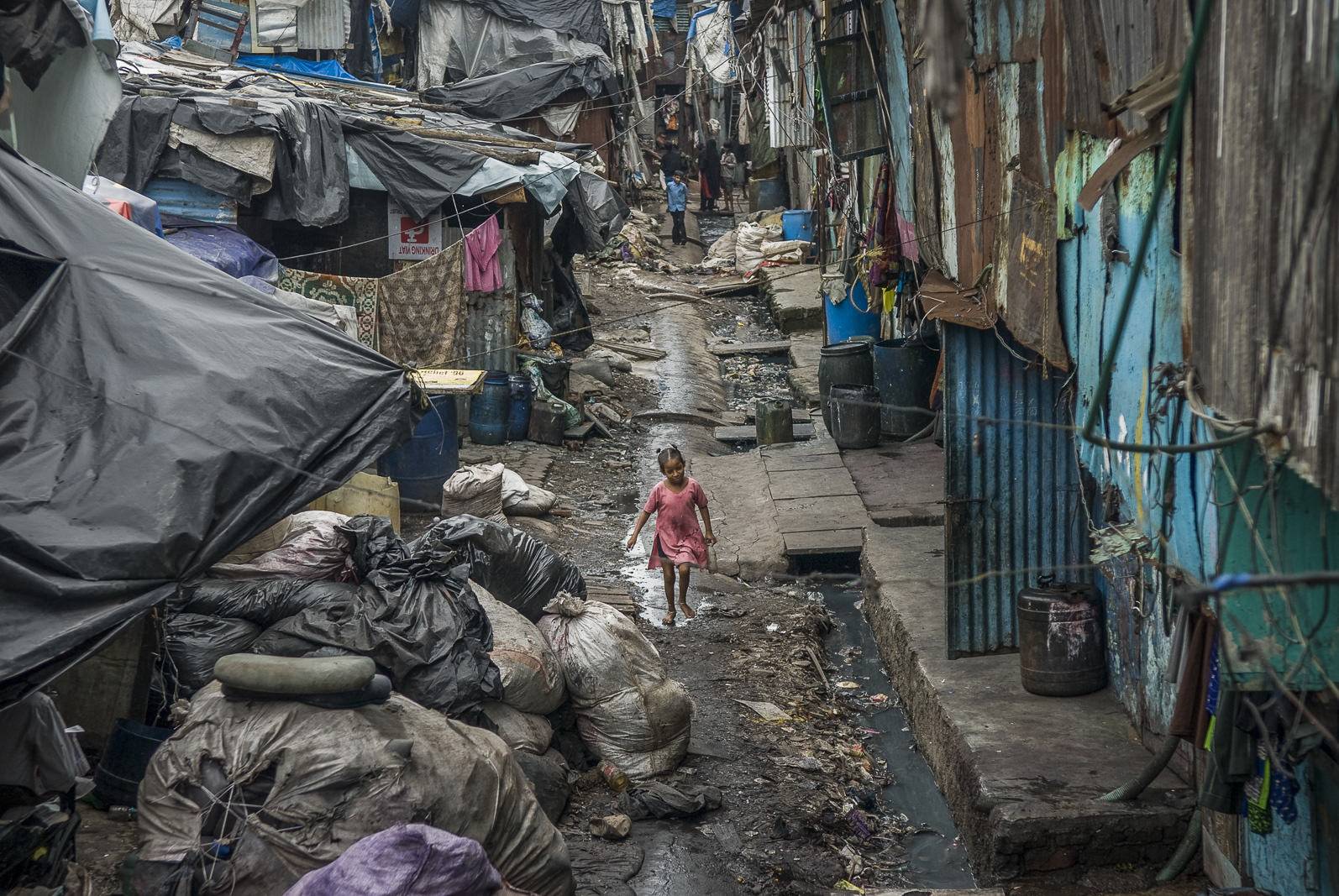 A girl walks on the main water pipe that carries drinking water to Mumbai, as industrial effluent flows next to it. Most of Dharavi homes have no access to piped drinking water. 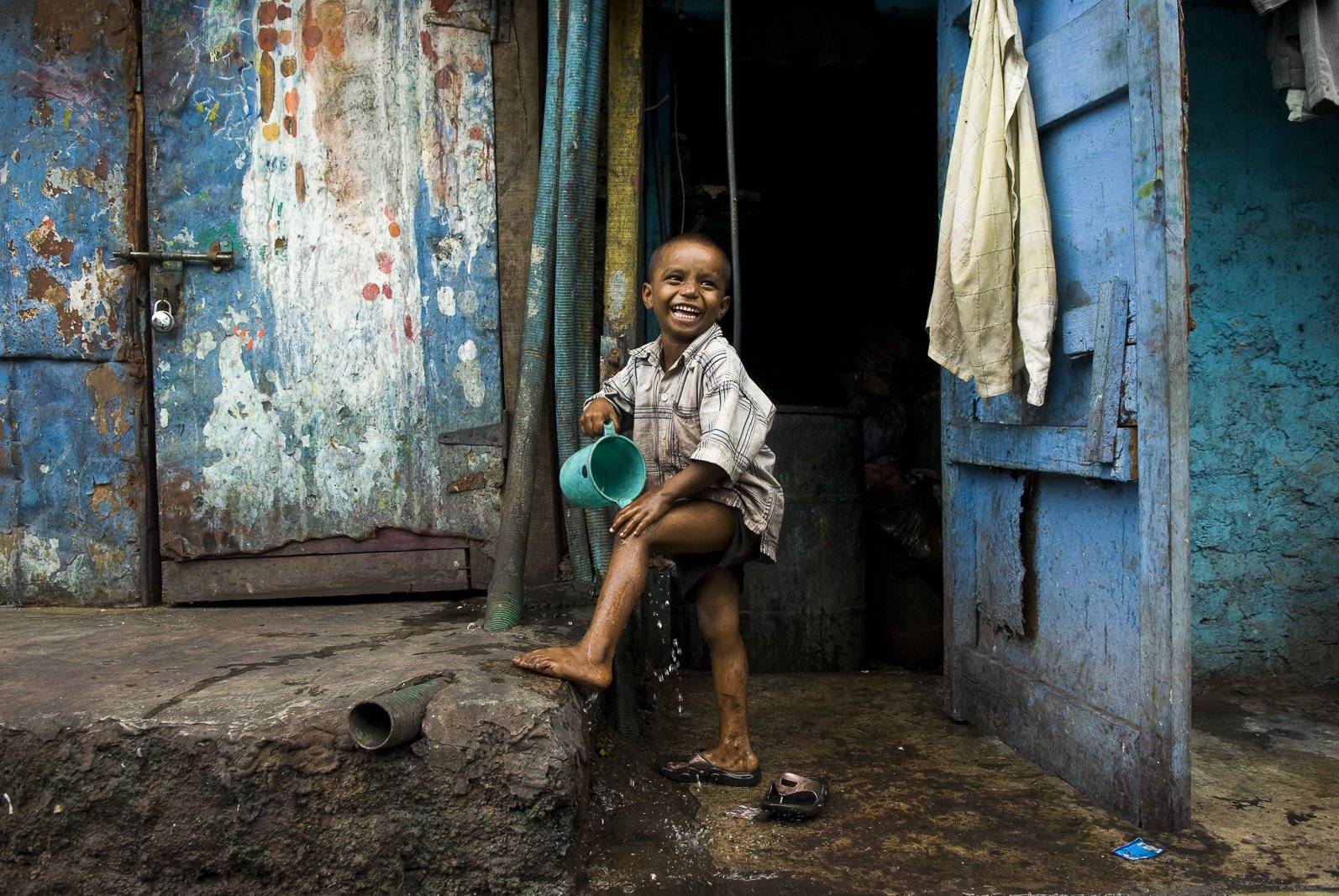 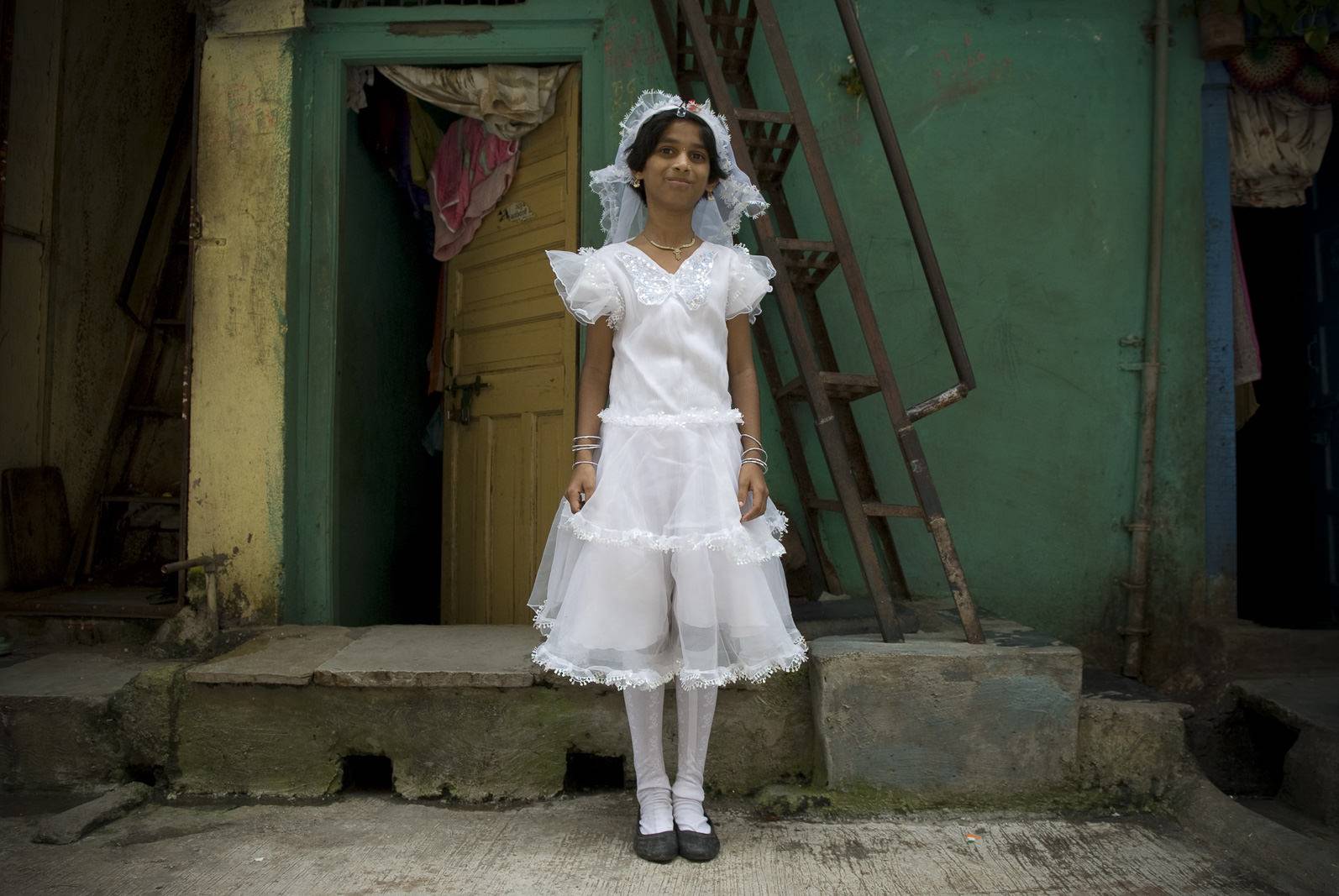 Namrata (11) in a white dress on the occasion of India’s independence day. Dharavi, August 2007 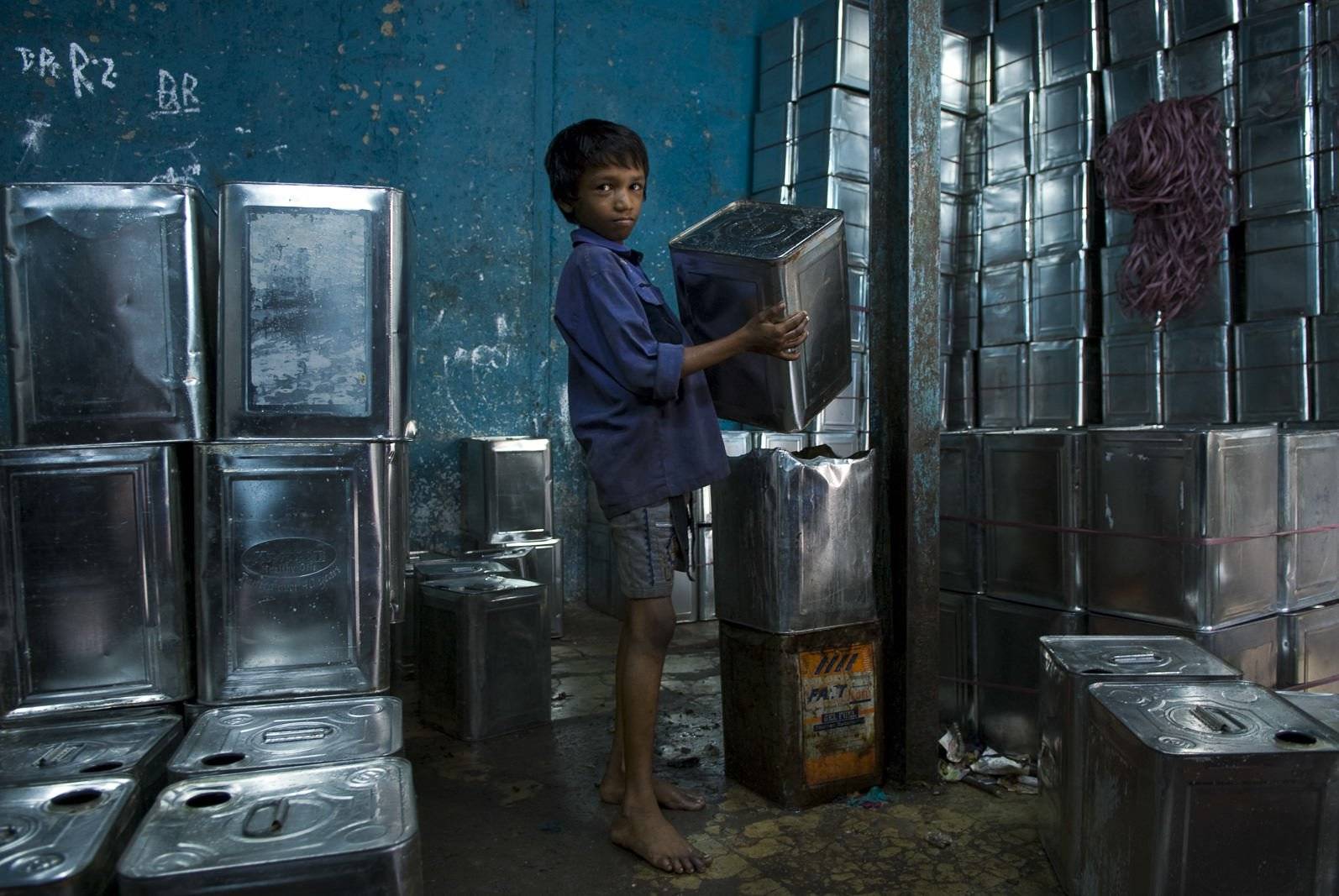 A young boy halts from his work stacking up repaired and cleaned cooking oil cans in Dharavi’s recycling area.